"What's your gender?" was originally part of a "binary and beyond" themed game jam and developped in less than 36 hours.

"What's your gender?" takes the player on an adventure into a non-eucledian labyrinth, exploring terms and concepts related to gender and identity. 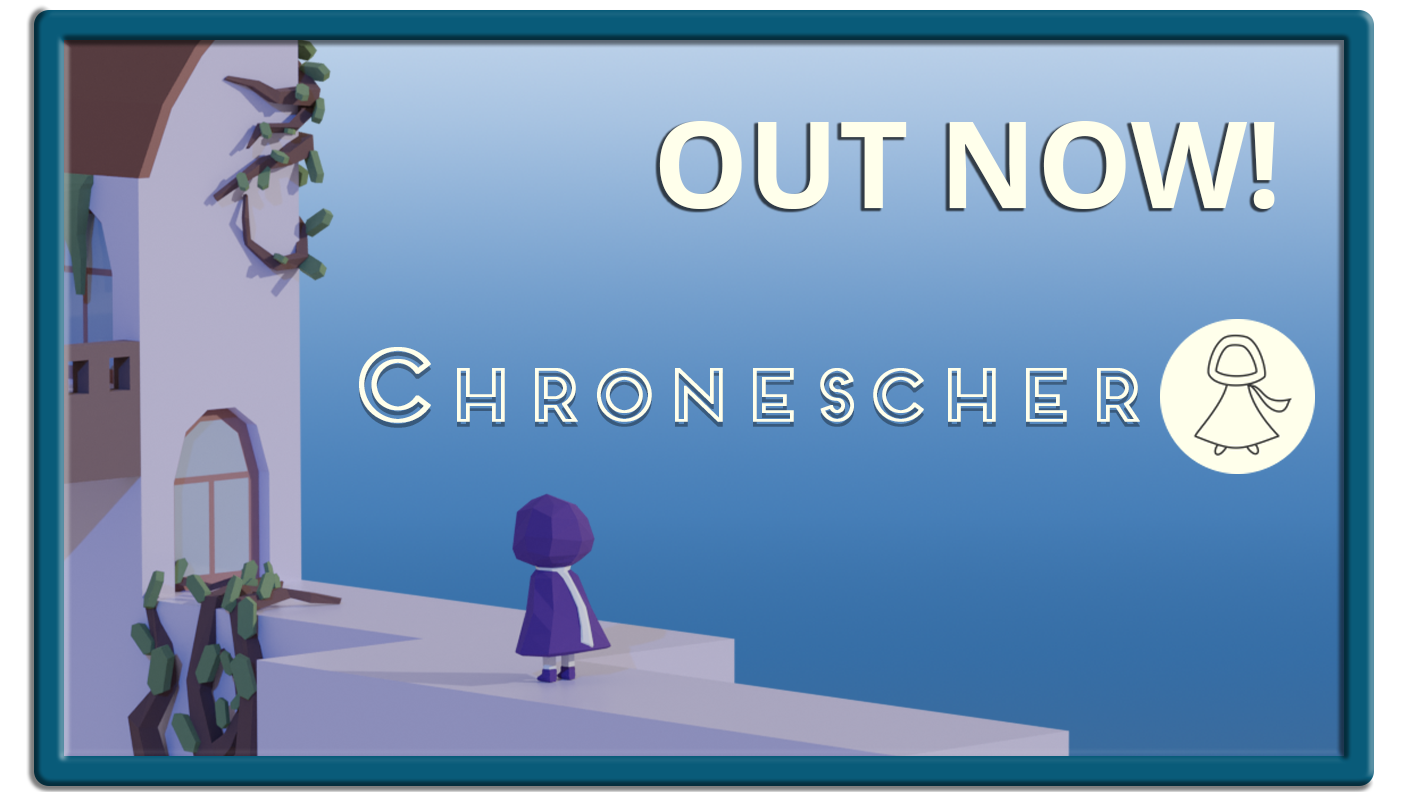 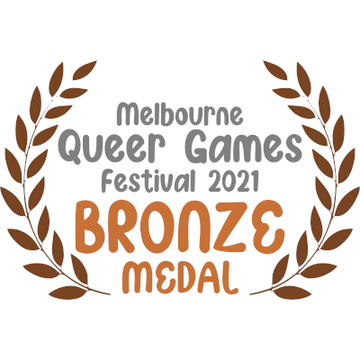 https://git.hemio.de/purpleSloth/antigender
(the working title was a play on 'Antichamber')

Me trying to figure out which door to go through first

I loved this so much, it's so inspiring. thanks!!

This reminds me aa lot of Manifold Garden

you know that ur dna says that either you are male or female and you can do nothing about it?

biological sex and gender identity are not the same

so ur saying that u can identify as anything? even if ur male or female? u can just decline the reality and live in a fantazy where you are coo/dragon? instead of normal male or female?

why is cis a loop help i'm stuck

the ending was genuinely phenomenal. when i started the game, i saw the two doors. im neither. i turned around, but it seemed i had to make a choice. i hesitated, and checked behind again. there was a button.

at the end, after discovering nearly everything and going to the exit, the doors reappeared. i thought it mightve restarted, but i turned around and... i had a choice. i could be who i wanted to be, finally, i wasnt forced to check male or female boxes, i could just be me. that hit harder than my whole discovery journey.

is a good game lol but when the pronoun doors came, going through the he one was so affirming

This game is just pure bliss. It's so informational yet satisfying and it's amazing

i'm genderfluid, I love this?? I thought it would be cheesy but it's genuinely calming and nice

I loved this game! though, it was exceptionally trippy, when I walked to the tree, and then went back to the trans place I was so confused on how I got there lol

But it was extremely enjoyable, 10/10

great game, really loved the almost art museum style feel of it all was really nice

Literally started crying from delight when I went through the exit and saw the blue and pink doors, only to turn around (realizing you are not "trapped") and see doors of every color. I love the bending of physics in this game. A wonderful and touching experience.

This felt like walking through a museum about a topic I was already familiar with. I already knew about a lot of the stuff, but it was still an enjoyable experience to walk through a calm exhibit.

i love that following the arrows keeps you in a cis loop :)) so funny. I want to find how to get through the sideways portal in the queer room

I was in the room with pronouns, and i've been thinking about using different ones than the ones I use now. 'ey' and 'ne' spoke to me, so out of curiosity, I decided to walk through 'ey'

when the subtitles suddenly said 'ey walks through the door', I was actually shocked for a moment, before feeling so happy. I almost teared up, and i'm not sure why. I've known i'm not cis but I don't know what else I am. In any case, seeing that was so nice and this game is really amazing.

Wow. Just... Wow. This feels like a museum exhibit, and I'd be all for featuring it in one.

Woah! Thank you for this. The concept is so cool, how you can walk around all the rooms and everything.

Reply
Shane the Freestyler184 days ago(+2)

Why does invert work with the gamepad, but not the mouse?

we implemented the inverted control option for controllers since it is quite common for those, but we hadn't considered that some players might favor it for mouse + keyboard as well.

Do you feel this option would make playing the game more enjoyable or accessible? We can definitely look into adding such a feature with future updates and/or in future games.

Reply
Shane the Freestyler180 days ago(+3)

It probably would. Older gamers like myself grew up when first-person games tended to default to inverted look. In fact, it used to be so common, that some of the earliest, like Quake, actually referred to the old "pull back to look up" method as "normal" and the "push up to look up" standard as "inverted".

I'm not sure when or why that changed, but I do remember when games started to default to the modern standard being thrown off when I pulled the right stick or mouse back and end up looking down instead of up as I was used to. (Now that I think of it, I remember a mini-game in Rayman 3 where I encountered it first.)

Anyway, considering how many commercial games still offer inverted look, I'd consider it some kind of legacy accessibility feature I wish smaller devs would include more often, even if a majority of gamers these days don't use it.

I really love this game. Just hearing different pronouns to see which one I feel comfortable with makes me happy. The pronoun room made me happy. My pronouns are he/they but I feel like I need to add Xe to my comfortable pronouns. Hearing it made me feel something in my chest, the same feeling when I hear others use He/They pronouns for me. Thank you for this game. <3

holy poop!!! this game is so educational & makes me feel so accepted

Wow, this was such an immersive interesting exploration! I was intrigued by the many genders there were, some that I already knew but read additional information, and some that I completely didn't know! This was a great educational walk through just to understand the basics, I'm so glad I was able to experience it.

eyyyyyyy! I found a clan I belong in!!

This put the nail in the coffin for me not being cis gender. I had thought about it before, given that I'm already part of the LGBT, but walking through that "they" door really awoke something in me. It felt comforting, like home, like me.

I'm not sure but great educational game!

honest to god I saw this game, thought it was just an abstract walking sim titled "what's your gender", and immediately was like "yeah that about sums it up honestly," but I now see it's actually NOT just a playful "yknow sometimes being nonbinary just means feeling like a glowing tree" and it's ACTUALLY a semi-informational art piece about gender and how gender is perceived.

edit: Just finished the game, holy shit. This was really cool. I have to say that, even though irl I'm pretty mentally indifferent about having to go to spaces meant for women if given a "man or woman" option, like bathrooms, for some reason that beginning genuinely made me lock up. I think that I've become so used to digital spaces being where I can truly express my ideal self to where the idea of having to do those same things in this "safe environment" actually DOES get to me. I actually felt even a tad ashamed that something as simple as pink and blue doors in a digital art piece made me genuinely freak out internally. Fortunately, my suspicions about it were correct, and the whole point of that part WAS to throw some for a loop, and show how gender overall is far more than just going through a colored door that's been assigned to a specific group by society.

On a side note, something that could've been interesting to add in would've been explaining neopronouns, or mentioning zenogenders, as those things are often treated quite poorly and many don't know what the actual purpose and reason behind their existence are. There's a good deal of obscure history relating to them, and they're also connected to queer ND people (and especially a lotta autistic folks!). To be fair I'm biased, since I'm autistic and a part of that specific community, but I think it'd be a neat addition if you were to ever update or expand on this experience!

Absolutely wonderful overall, really good with explanations, and the artwork is so good. Love the fluid room especially! 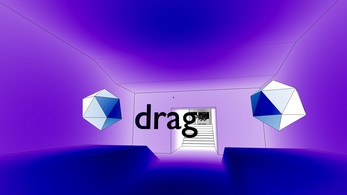 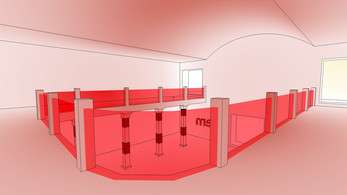 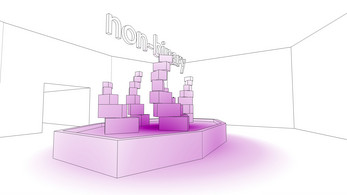 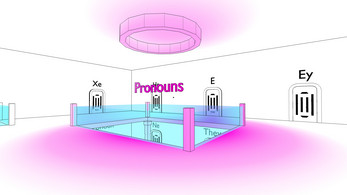 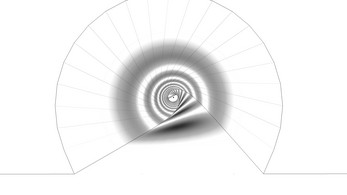 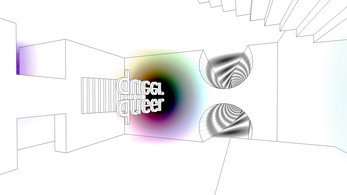 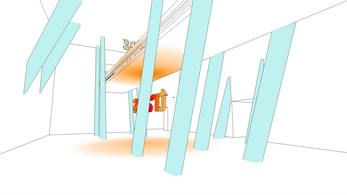 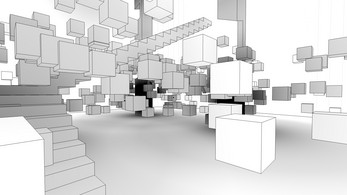 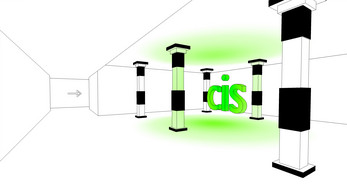 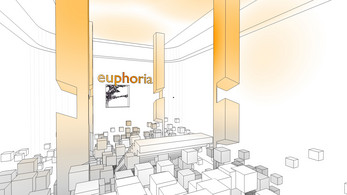 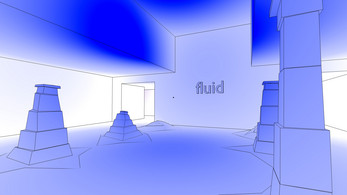 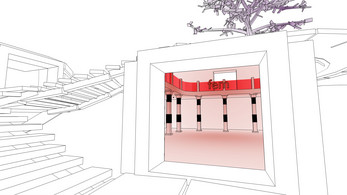